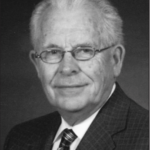 Dr. Charles F. Law has served in the ministry for nearly 60 years. He was born on March 17, 1938, and was reared in Fort Smith, Arkansas, where he began attending Central Baptist Church in early childhood. Having been saved and baptized as a young teenager, he announced his call to the ministry at age 18 and was ordained by his home church one year later.

Bro. Law earned a Bachelor of Arts degree from The College (now University) of the Ozarks in Clarksville, Arkansas, and the Master and Doctor of Bible Languages Degrees from Missionary Baptist Seminary in Little Rock, Arkansas. For nearly 20 years, he was a pastor, serving the following churches in Arkansas: Center Point Baptist Church near Hartman, Hephzibah Baptist Church near Emerson, Central Baptist Church in Fayetteville, and Calvary Baptist Church in Magnolia. From 1967-1972, he served as Clerk for the State Association of Missionary Baptist Churches of Arkansas. During his ministry, he has accomplished various writing assignments for the American Baptist Association Sunday School Committee, including quarterlies for Sunday School, Baptist Training Course, and the Daily Devotional Guide, plus literature for Vacation Bible School and Youth Encampments. He was one of the original writers for the Adult Lesson Commentary series. He has also written materials for Bible study courses including, “Women of the Bible” and “The Biblical Covenants.”

Bro. Law and his wife Nancy, who is also a native of Fort Smith, Arkansas, have been married for nearly 55 years. They have a daughter, Paula Penn, who lives in North Little Rock, Arkansas, with her husband, David, and their four children, Jonathan, Christopher, Joy, and Daniel. They also have a son, Chancy, who lives in Ossining, New York. Bro. and Mrs. Law currently live in Sherwood, Arkansas, and are active members of Faith Baptist Church in North Little Rock, Arkansas. 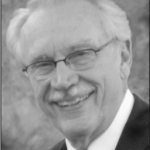 Dr. Raymond McAlister was born in Beebe, Arkansas, and was saved at age 10 during a Vacation Bible School at a Baptist church in Orlando, Florida. He graduated from Little Rock Central High School, attended Little Rock Junior College (now University of Arkansas at Little Rock) for one year and attended the Missionary Baptist Seminary in Little Rock, Arkansas, for six years. He received a Bachelor of Arts degree from Florida Baptist College (now Emmaus Baptist College) (1981), both a Master of Arts degree (1986), and a Doctor of Ministry degree (1987) from the Heritage Baptist University in Greenwood, Indiana. He also received an honorary Doctor of Divinity degree from Florida Baptist College (1983). He was baptized and surrendered to preach at the Hyde Park Baptist Church in Little Rock, and was ordained to the ministry in 1957 by the Independence Baptist Church in Pleasant Plains, Arkansas, which was also his first pastorate. He pastored the United Baptist Church in Benton, Arkansas, for three years before moving to Indianapolis in 1961, where he pastored the Landmark Baptist Church for over thirty years. He worked with the Macedonian Missionary Service in Lakeland, Florida, from 1994 until 2003 when he became president of Emmaus Baptist College (formerly Florida Baptist College) in Brandon, Florida. He served as president of the college from 2003 until 2014.

He was editor of the “Macedonian Call” for nine years and editor of the “Baptist Anchor” for eleven years. He is the author of A Biblical Study of Tongues, Reflections, New Testament Basics, and Basic Bible Course, which has been translated into over a dozen languages. 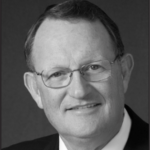 Dr. James (Jim) A. Crain was born on February 5, 1952, in Longview, Texas, and reared near McNeil, Arkansas. After graduating from McNeil High School, he served 4 years in the military during the Vietnam War, earning the bronze star with valor. He was saved at the age of 16 and was baptized by Mt. Zion MBC in Cale, Arkansas, where he also surrendered to preach in December of 1972. He was ordained by Liberty MBC, Shreveport, Louisiana, in January 1975. He received a Bachelor, Master and Doctorate of Theology from Louisiana Missionary Baptist Institute and Seminary, where he presently serves as President. He served as either moderator or treasurer of several local associations and of the Louisiana State Association. He served as President of the American Baptist Association from 2012 to 2014. He served on the Standing Missionary Committee of the ABA from 2004 to 2017, and as chairman from 2012 to 2017. He has been a published writer since 1983, and is currently editor of the HPB Publications. Dr. Crain and his wife Beverly have two children and grandchildren.

Dr. Crain served twice as a local missionary and has pastored churches in Arkansas and Louisiana. 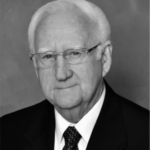 He served on the Standing Missionary Committee of the American Baptist Association. He has over fifty years of experience in pastoral duties, evangelism, Bible conferences, and in assisting missionaries in foreign fields. He has pastored in Arkansas, Louisiana, and Kentucky, his home since 1980.

He is married to Peggy Green Floyd. They have been blessed with two children, Belinda Floyd and Keith Floyd, his wife Latisha, and two grandchildren, Sable Floyd Snyder and Rachel Floyd. 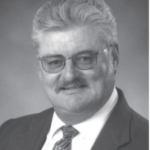 Olive Hill MBC, was Oroville, ordained him in December 1975. He has pastored various churches in California and presently pastors First MBC, Fresno, California, since 2001. He served on the faculty of CMBI from 1987-1993. He has been the president of Fresno Missionary Baptist Institute and Seminary since 2001. He has served as the treasurer of the American Baptist Association of Theological Schools since 2005.

Dr. Butimore has served as moderator of the Southern California Cooperative Association (1993-1995); music director (1977-1989) and moderator (1996) of the California Cooperative Association and has been its parliamentarian since 2002. He has served as music director (1987-1992); parliamentarian (1995-2000 and 2005-present); vice president (2001-2002); president (2003-2004) of the American Baptist Association; and on the Baptist Sunday School Committee since 2002 and as a writer of the Adult Commentary for the Sunday School curriculum since 2003, and has authored 10 books. He has been married to Deborah since 1977, and they have three children, Pastor Matt Butimore of Idaho, Rebekah Baker and her husband Paul, and Jonathan. They have three grandsons. 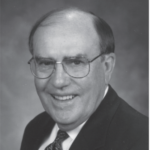 Dr. James F. Holmes grew up in Prairie County, Arkansas. He was born on April 24, 1935, on the family rice farm. He was saved at age twelve and baptized by the Center Point Missionary Baptist Church near Hazen, Arkansas. His ministry began when he preached his first sermon on June 7, 1953 in his home church.

For 61 years, Bro. Holmes has been an active pastor and preacher, ministering to the Faith Baptist Church in North Little Rock, Arkansas for thirty-three of those years. He is a graduate of the University of Arkansas at Little Rock with a Bachelor’s degree in the English language and Speech Communication. He graduated from the Missionary Baptist Seminary with a Master’s degree in the Bible languages. In 1963, he was awarded the honorary Doctorate of Divinity degree by the Protestant Episcopal University in London England. He
has a certificate from Moody Bible Institute for post graduate studies in Greek, and was awarded the Doctorate of Ministry by the Central Arkansas Baptist Bible Institute. He served as President of the American Baptist Association for the years of 1995 and 1996.

He is presently teaching Expository Writing and English Grammar, New Testament Greek, and the book of Acts at the Central Arkansas Baptist Bible Institute in Benton, Arkansas. He is the author of Blue Collar Christianity, Actions of the Early Churches, Don’t Bypass the Bypass, Sermon Notes: Philippians/Colossians, From the Mind of God, and Speaking of the Devil.

Dr. Holmes and Bette Jackson were married in 1953 after graduating from high school together. They are the parents of Brad, who is married to Cindy, and Byron who is married to Terri. They have two granddaughters and two grandsons, and four great grandchildren.

He is a graduate of Louisiana Missionary Baptist Seminary and Institute (LMBIS) and holds a Doctorate of Theology. Since 1993, he has been a faculty member of LMBIS where he teaches Greek and Pastoral Counseling and serves as the Dean of Students.

Dr. Brown is married to Ruby Tipton Brown. They have three children, Paul and wife Stephanie, Andrea and husband Tobias Wilson, and Mark. They have two grandchildren, Noah and Caleb Brown. 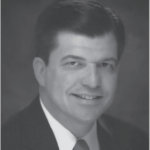 Dr. Roger G. Copeland was born August 5, 1963 at Newport, Arkansas. He is the son of Pastor and Mrs. Julius Copeland and one of three children. Dr. Copeland was raised in a Christian home, and accepted Christ as his Savior at the age of seven. He was baptized by Salem MBC in Judsonia, Arkansas. He answered the call to preach in January 1981, and Bethel #2 licensed him to preach and ordained him in February 1982.

He has pastored the following churches: Lone Grove MBC, Star City, Arkansas (1982-1986), Harmony MBC, Pine Bluff, Arkansas (1986-1991), Broadmoor MBC, Pine Bluff, Arkansas (1991-1993), Beech Grove Baptist Church, Fordyce, Arkansas (1993-2003) and has served Northern Hills MBC, Texarkana, Arkansas since December 2003. Dr. Copeland has been widely used as a speaker throughout the United States and in other countries, and has been the Editor of the “Missionary Baptist Searchlight” since 2003. He is married to Jenny Beth (Carter) Copeland and they have three children. 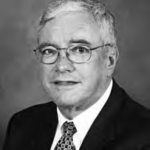 Dr. Larry E. Clements was born in Malvern, Arkansas, February 5, 1948, and grew up in Southern California. He was saved at eleven and was baptized by the Norwalk Missionary Baptist Church. Larry announced his call to the ministry when he was seventeen and entered California Missionary Baptist Institute and Seminary following his graduation from Norwalk High School in 1966. He was ordained to the ministry by the Norwalk MBC on May 1, 1971. He earned his Bachelor and Master of Theology degrees in 1971 and 1975, and his Doctor of Theology (Th.D.) degree in 1982. He was also an instructor there and served as dean for two years. He enrolled in Dallas Theological Seminary in 2001 and graduated with a Doctor of Ministry (D.Min.) degree in 2007.

Larry and his wife, Pat, daughter of the late D. S. “Boots” Madden, were married in 1968 and have five children and twelve grandchildren. Their children are Darius, Julie, Mark, Timothy, and Deborah Sue. All three sons are ministers. Darius was a missionary in China for four years and is now on staff at International Students Incorporated ministering at the University of Texas, Dallas. Mark served seven years as a missionary and seminary instructor in Davao City, Mindanao, Philippines, and is now senior pastor at New Liberty Baptist Church in Garland, Texas. Timothy served
four years as a missionary to the Navajo Nation in Chinle, Arizona, and is now a Staff Sergeant in the United States Marine Corps where he has served in three deployments to both Iraq and Afghanistan. Julie is a wife, mother, and a public-school teacher at Drew Central High School in Monticello, Arkansas. Deborah Sue, the youngest daughter, lives at home. 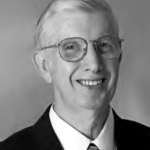 Dr. Darrel W. Owens was born January 27, 1945, near Cushing, Texas. He was brought up by Christian parents, Walk-er and Reitha Owens, in that area and attended church at the Sulphur Springs Missionary Baptist Church near Mt. En-terprise, Texas. He was saved at the age of 13 and was baptized and ordained by Sulphur Church. Bro. Arthur Fla-nagan was the pastor. He attended Mt. Enterprise schools, but he graduated from Coldspring High School, Coldspring, Texas. He was drafted into the army in 1966 during the Viet Nam War, while attending Stephen F. Austin State Teachers College (SFA) in Nacogdoches, Texas. He received his Bachelor, Master, and Doctorate from Texas Baptist Institute and Seminary in Henderson, Texas. He has served on the faculty at TBI two separate times for 30 years, part of that as Registrar. He was pastor of Bethlehem MBC, Joaquin; Unity MBC, Longview; Grace MBC, Milford, Ohio; Fairmont MBC, Kettering, Ohio; Greggton MBC, Longview; and, Landmark MBC, Mt. Enterprise for 24 years. He served as vice-president of the ABA for 4 years. He wrote Adult BTC literature for the ABA for almost 10 years.

Dr. Owens met Martha Kennedy at SFA in Nacogdoches in 1965, and they have been married since 1966. They have great children, 7 wonderful grandchildren and 2 su-per-wonderful great grandchildren.