1 Timothy:
The first and second epistles to Timothy and the epistle to Titus are generally considered to be “Pastoral Epistles.” This designation distinguishes these epistles from those which were directed to congregations in Thessalonica, Galatia, Corinth, Rome, Ephesus, Colosse, and Philippi.

The letter to Philemon is sometimes regarded as a pastoral epistle since its recipient was an individual, and the contents were pointedly personal rather than congregational. The first and second epistles to Timothy and the epistle to Titus were written to guide the recipients in his work as a pastor.

2 Timothy:
This second letter to Timothy is the last installment in the New Testament canon by the apostle Paul. The letter, in many respects, is similar to other Pastoral Epistles of 2 Timothy and Titus. There are some definite distinctions, however, as a careful reading of each of these letters will indicate.
2 Timothy, although not generally categorized as a Prison Epistle as are Ephesians, Philippians, and Colossians, certainly qualifies as such because it was written while Paul was awaiting execution as a prisoner of Rome. Some Bible students regard Philemon as a Prison Epistle because of the time of its writing, and as a Pastoral Epistle by others because of the nature of its contents. Timothy is considered by many students of the Bible as the last will and testament of Paul.

Titus:
The writer of this letter identifies himself as Paul. He was given the name of Saul by his parents, probably after King Saul who was also from the tribe of Benjamin. He went by the name of Saul until Acts chapter 13 when he and Barnabas began what has become known as their first missionary journey, which was month the Gentiles. Thereafter he went by the name of Paul. It is obvious that Saul (meaning “desired”) was his Hebrew name and Paul (meaning “little”) the name he used among the Gentiles.

Paul was born in the city of Tarsus, one of the main cities in the Roman province of Cilicia, famous for its goat’s hair cloth, called cilicium. The city of Tarsus stood on the banks of the river Cydnus, about 12 miles north of the Mediterranean Sea and was known for its wealth and for its schools of learning, which rivaled even Athens and Alexandria.

Philemon:
The book of Philemon is a beautiful personal letter written from one friend to another asking a favor. The main characters in the letter are Paul, Philemon (the friend to whom the letter was written), and Onesimus (a runaway slave who belonged to Philemon). Philemon and Onesimus were from the city of Colosse that was located in the region of Phrygia, known in modern times as West Central Turkey. 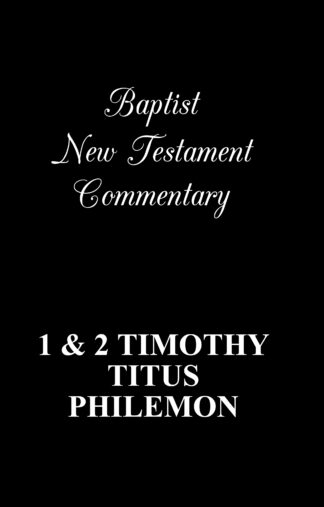