1 Peter:
Peter was the son of a man called Jonas or Joan (Matt. 16:17; John 1:42; 21:16). His occupation was that of a fisherman on the Sea of Galilee. In that work, he partnered with his brother Andrew and perhaps with John and James, sons of Zebedee (Matt. 4:18-22). Jesus called these four fishermen to follow Him. They became disciples, later apostles, and they were charter members of the church Jesus founded. These four had been disciples of John the Baptist (John 1:35-43), and they became followers of Jesus when He called them.

2 Peter:
As its name indicates, the apostle Simon Peter was the author. Jesus added “Peter” to his name, Simon (John 1:42). His father was Jona (Matt. 16:17), and his brother by trade and did most of their fishing in the Sea of Galilee. Luke indicated that he had been raised as a devout Jew (Acts 10;14). He was a Galilean with limited secular education. He is mentioned more than 150 times in the New Testament. Andrew introduced Peter to the Lord (John 1:40-42).

1 John:
The writer of this letter did not identify himself, but early church writers attributed it to the apostle John, also the writer of the gospel of John. There is internal evidence that John wrote this epistle because of the similarity between this book and the Gospel of John.

2 John:
Although the writer does not name himself as the author, few doubt that John is the writer from external and internal evidence. Eusebius, in his Church History, quoted Irenaeus saying that as a boy he had listened to Polycarp, who in turn had spoke with the apostle John and others who had seen the Lord. Irenaeus, in his writing, “Against Heesies,” quoted from 2 John 10, 11, and attributed them to the apostle John. The epistle of 2 John, from the earliest times of church history, has been attributed to the apostle John.

3 John:
John wrote this letter to Gaius, a personal friend, for whom he expressed his affection and wished him good health. John commended Gaius for his adherence to the truth and for his hospitality to those traveling in the Lord’s service. Those travelers were on a mission to preach the gospel to the Gentiles, but they refused to take any support from those Gentiles. That is why it was important for Gaius to help them on their journey.

Jude:
Jude identified himself as the writer of the book bearing his name. Iovaac for “Jude” also can be translated as Judas, Juda, and Judah. It is the same name as Judas Iscariot in Matthew 10:4; the Lord’s brother in Matthew 13:55; Judas of Galilee in Acts 5:37; Judas, in whose house Paul stayed on Straight Street in Damascus in Acts 9:11; the apostle Judas in Luke 6:16 and Acts 1:13; the Judas surnamed Barnabas in Acts 15:22; the land of Juda in Matthew 2:6, the three named Juda in the lineage of Jesus in Luke; and the tribe of Judah in Revelation 7:5.

Jude further identified himself as the brother of James. A person, normally, would be identified as the son of his father, or perhaps identified with the place from which he came. The writer, by identifying himself with the people to whom he was writing would understand which specific James it was to whom he was referring.

It is necessary in identifying which Jude was the writer of this epistle to identify his brother, James. There were two apostles named James, the son of Zebedee and brother of John (Matt. 10:2), and James the son of Alphaeus (Luke 6:15). It is easy to rule out James the son of Zebedee as being Jude’s brother since this James was the brother of John, not Jude. The apostle James, however, the son of Alphaeus, had a brother named Jude who was also an apostle (Luke 6:15, 16). The Jude, however, who wrote this epistle was Jude, the Lord’s half-brother. 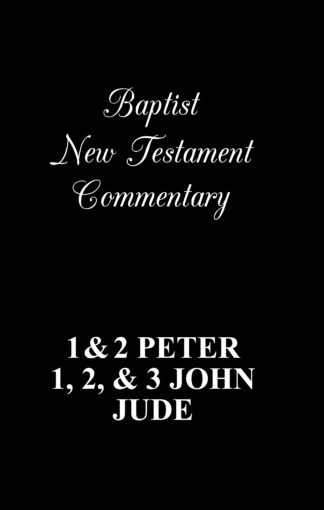