Philippians:
The book of Philippians is one of the most personal letters found in the New Testament. Paul, often used a first person singular personal pronoun, such as, I, me, or my. The apostle Paul and the church members at Philippi had a special bond that appears on every page of this relatively short epistle. Few books in the New Testament reveal the heart of Paul any more than Philippians. Although it had been approximately 10 years since Paul had been in Philippi, his love for them had not waned and neither had their loyalty to Paul subsided (Phil. 4:10-14). A special relationship existed between the missionary and the church at Philippi that could not be interrupted with the passage of time or the distance of miles. To gain a better understanding of the epistle, it is necessary to consider the following background information.

2 Thessalonians:
The Writer. There was never a doubt that the apostle Paul was the writer of this epistle to the Thessalonians. The letter begins, “Paul, and Silvanus, and Timotheus, unto the church of the Thessalonians in God our Father and the Lord Jesus Christ” (2 Thessalonians 1:1). To remove any doubt concerning authorship, Paul closed the epistle stating clearly, “The salutation of Paul with mine own hand, which is the token in every epistle: so I write” (2 Thessalonians 3:17). The epistle was immediately accepted into the canon of Scripture by the early churches, appearing in the Syriac and Old Latin versions and in the Muratorian fragment. Polycarp, who died a martyr’s death in AD 155, made reference to this epistle as did Irenaeus and Tertullian. 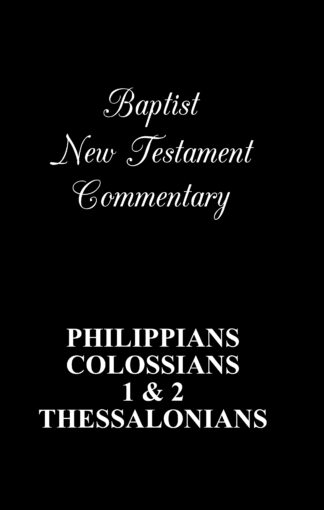