Galatians:
The epistle to the churches in Galatia was written to emphasize that a believer in Jesus Christ receives salvation through faith alone. This letter is, therefore, a forceful defense of the gospel of faith and a vigorous attack against the gospel of works.

The Purpose. Justification by faith apart from the works of the Law is the essential them of this epistle. This basic purpose is built on three subordinate topics, which become obvious as one studies this book. First, there is a Paul’s defense of his apostleship, which validated his message of salvation by grace through faith in Christ, a matter emphasized in Chapters 1 and 2. Next, in Chapters 3 and 4, Paul defended the principle of justification by faith by refuting the false teaching that one can be justified by keeping the Law of Moses. Finally, the practical application of Paul’s argument, that liberty from the Law is not a license for one to live without regard for the principles of righteous conduct, is seen in Chapters 5 and 6.

Ephesians:
The Epistle of Ephesians is part of a group of four epistles written near the same time. These are Ephesians, Philippians, Colossians, and Philemon. The first three were written to churches in the cities reflected by the titles of the biblical books, for example: the letter to the church at Ephesus. The name heads the letter, Philemon. The letters of Ephesians and Colossians are very similar, containing like comments in some areas of the letters.

The born again Jews struggled in the early history of the churches to turn from Judaism and accept the new fashion of worship in a New Testament church. The church at Ephesus, having both Jew and Gentile, struggled to have unity as one body in Christ and to have all members view themselves as equal in that church. Such a lacking of unity would hinder the labors and accomplishments of this church. 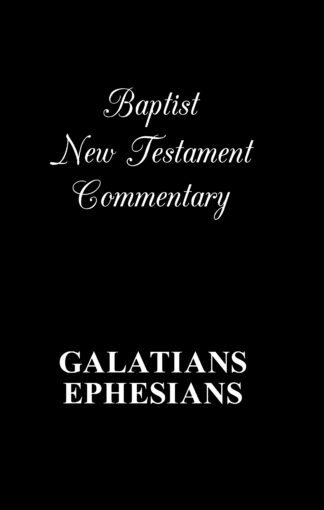